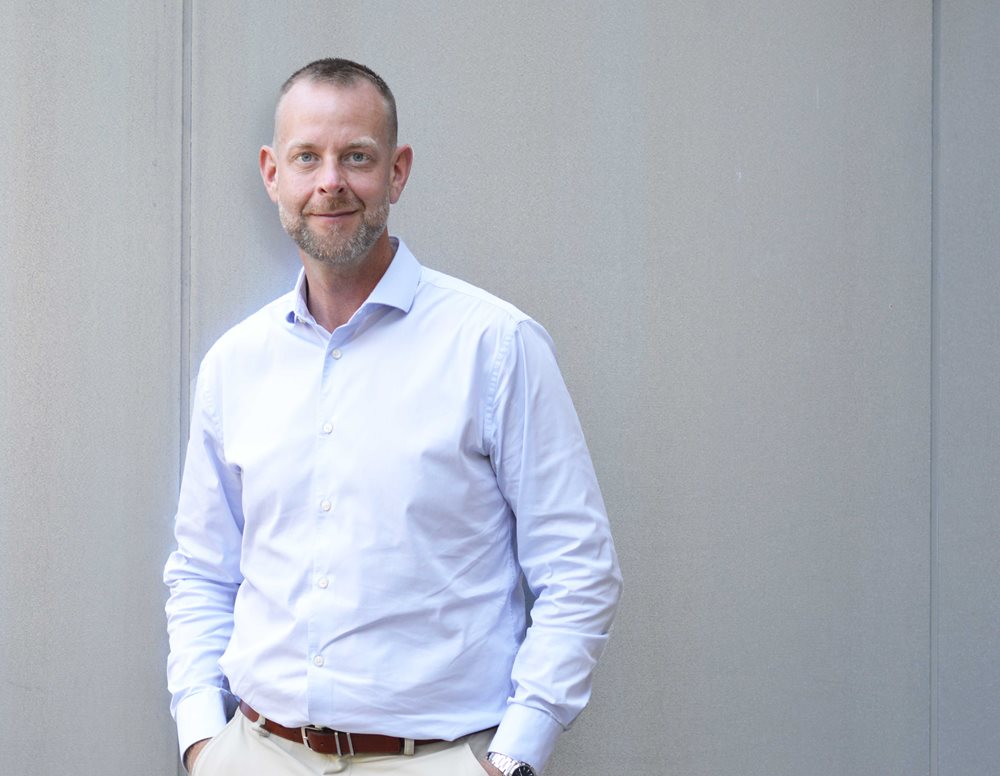 “I’m fortunate to work at an office where I can be my true self, but there are still many reasons to raise the flag”

Celebrating Pride Week 2022: We believe that talent comes from all parts of society, regardless of gender, race, religious belief, disabilities, or sexual orientation. Everyone who works at Cadeler is equal, respected and should feel safe being part of our community. We stand united against bullying, discrimination, and exclusion. But we are also aware that saying the right thing and creating the perfect standards and policies are one thing. Another thing is to implement these in our culture, and make sure these are reflected through the whole organisation, down to where business is happening, whether it is in the office, or the deck of the vessel.

Together with our HR department we are constantly looking for ways where we can improve and create an even more diverse and accommodating culture for all employees.

We had a chat with our amazing Procurement Manager, Peter Sundell, who is a part of the LGBTQ+ community, because we wanted to investigate if there is anything we can do better.

Happy Pride, Peter! How is it to be working for a company like Cadeler as openly gay?

It is no difference from how it would be if I were straight. I have never considered not being true to myself and others about being who I am.

But I’m also a white, middle aged, quite mainstream male gay. I´m not really representing the most exposed part of the LGBTQ+ community.

Not that Cadeler wouldn’t handle it or accept me if I were e.g. transgender or not as mainstream. I’m just saying that I think it would be more difficult. When something is different, we sometimes need time to adjust. This is one of the reasons why I appreciate that we have a company policy that demonstrates that we welcome and accommodate all individuals, regardless of sexual orientation or gender identity. May it be straight, gay, transgender, male, female or anything in between. Fixed or fluid.

A recent study found that half of all LGBTQ+ people in Denmark felt that they couldn’t be open about their gender identity at their workplace, and many experience bullying and discrimination. Can you recognize any of this from you current or previous workplace?

The debate used to be about sexual orientation and the right to love who you want, with the same conditions as the straight community. Now the discussions about gender identity is high on the agenda. This is about not feeling comfortable in the traditional fixed male/female boxes and not wanting to be labeled with the traditional set of expectations that historically follows your gender.

I identify myself as male and my sexual orientation is gay. I believe this is the “easier” combination which is why I haven’t experienced what many others are struggling with every single day, being at their work or in their private life.

Even me being “the easier combination” I still look across my shoulder an extra time and gather some courage before I hold my partner's hand in public. Then imagine the life in the open and being transgender. Being accepted at work is for sure one struggle, but being open in public may be directly dangerous.

I’m fortunate to work at an office and live a life where I can be my true self but there are still many reasons to raise the flag.

Are there any ways where we can improve as a company?

I find it easy to be open about myself in the office. We are a diverse group having people working here from all over the world with every age group, skin color, and religion represented. We are based in Copenhagen, a modern metropole, and we are operating in an open and flat business structure, working with a shared goal to fight climate change. Of course, it is easier to be yourself and be accepted right here.

But we also need to make sure that the situation is the same if you are working offshore on one of the vessels and being a part of the LGBTQ+ community.

How do you find life at sea different than the life in the office when it comes to diversity and equality?

I’m representing the office here and I can only answer from what I think and from my own perspective but to be honest, I would consider an extra time, if and how I would be “coming out”.

The consequences of not being accepted when you are offshore is different from an office ashore, where you can just leave and go home to your private life everyday at 5.

But we do have the policies in place, and we have the debate onboard our vessels. This shows that we are going in the right direction.

Can you explain (for those who would still not be sure) why it is so important that we can all be open and our selves in a work environment?

Think about how often you would hear someone mentioning their husband, wife, girlfriend or boyfriend during a lunch break or by the coffee machine. We don’t reflect on it, but a straight person jumps out of the closet as straight on a daily basis. That’s basically what it’s all about. Be able to be your true self and being accepted regardless of sexual orientation or gender identity.

It must be a huge loss for people who need to hide significant and important parts of their lives when they are at work.

What is your opinion about companies who are accused of “pink washing”?

I do see the point in some cases, but I still think that just taking that decision to actively being visible or doing something for the community is better than doing nothing. That said, you need to walk the talk. Recognising the Pride festival and being a “part of the party” a few days per year is not enough. It’s the other 51 weeks of the year where you as a company need to live up to and continuously work on what has been said in the policies. Show it, don’t tell it.

I’m proud for being in a company that is taking this seriously, and I look forward to be part of the continuous work in these areas.

Project Engineer Office
I am a ‘curious engineer’ at heart, and I always strive to be solution oriented. Meet Willemijn Botman

Electro-technical Officer on Wind Orca installation vessel Vessel crew
As an ETO, we are always in high demand, constantly being radioed for assistance and when faults occur it's of paramount importance to be able to avoid downtime. Meet Matthew Offredy

Senior Project Engineer Office
The continuously increasing turbine sizes pushes the technical requirements for vessels, and as an engineer I need to find the ideal solutions to ensure the best vessel capabilities. Meet Rasmus Panton

Head of HSEQ Office
“Safety is not just about compliance, it’s also about being proactive and constantly looking for improvements” Meet Bo Lauridsen

Project Engineer Office
“I am grateful to be able to take part in offshore windfarm installation and act for a more sustainable future." Meet Can Mollaibrahimoglu
View all

Join Cadeler and become part of an international company with a diverse and agile team who is constantly seeking to contribute to making the world a better place. So, come and take part in the transition journey towards clean energy. We have an open and informal working environment, and we like to welcome new colleagues with open arms, as we believe that everyone can make a difference. At Cadeler you will be able to make an impact, as we offer a workplace that empowers and gives opportunities for development – both on a personal as well as on a professional level.