From 6 to 9 October, Swire Blue Ocean (SBO) joined a Danish business delegation on a visit to Paris, France, accompanying Their Royal Highnesses The Crown Prince Couple of Denmark.

The event was arranged by the Embassy of Denmark in France, Confederation of Danish Industry, Danish Chamber of Commerce, Danish Export Association, and Danish Shipping. The delegation, named “Together For A Better Life”, included 50 Danish companies and organisations from both the healthcare and the renewable energy sectors.

The programme included visits, debates, meetings and receptions taking place in various venues across Paris, where major French, Danish companies and organisations from the renewable energy sector, as well as members of the governments and institutions were invited.

The Danish Royal visit to France was an exceptional opportunity for SBO to gain more visibility among potential future clients, partners and decision-makers in the Danish and French markets, as well as to demonstrate SBO’s readiness to support the transition towards renewable energy. 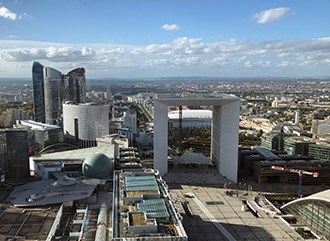 La Défense business district in Paris, where most of the events were held. 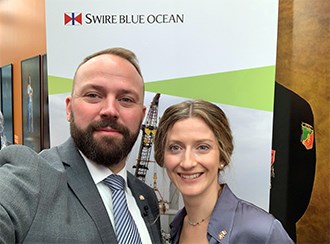 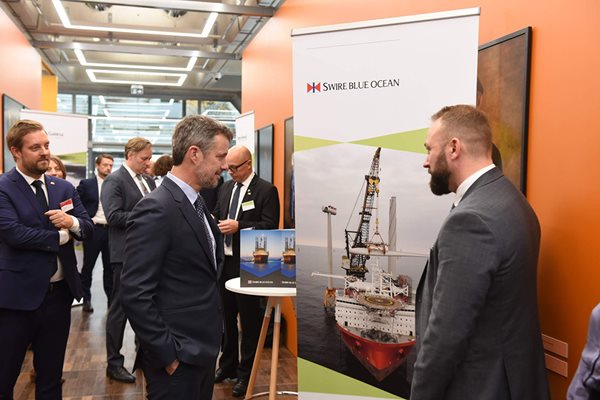 The visit started with a Sustainable Development Goals (SDG) Conference at La Grande Arche, in the heart of the La Défense business district, where representatives of the French and Danish companies, organisations, and members of government institutions from both countries were invited for a debate. The discussion focused on the countries’ sustainable goals and the importance of working towards a sustainable energy transition. The participants highlighted the urgency for action and the necessity of working together, from government institutions through the private sector to individuals, to achieve these common goals. They also emphasized the challenges that companies face in terms of translating global goals into economically viable actions and programmes that can be implemented locally.

The SDG Conference was followed by the Opening Ceremony, where HRH The Crown Prince Frederik gave an opening speech, and important commercial agreements between were signed between companies from both countries.

View the interview of Mikkel Gleerup by Danish Shipping (in Danish).

“It's of course very exciting to be part of this event. The fact that the Royal Family is taking part strengthens the focus on our industry. The French market has a huge potential, and we are ready to contribute to the development of that potential, so it is nice that this event has provided us with the opportunity to get started the right way in France.”

In the afternoon, the delegation was invited for a meeting with EDF, during which representatives of the French government recognised Denmark’s successful transition towards sustainable energy, which they attributed to decades of political choices and the country’s ability to gain support from the population for this transition. They also explained the unique challenges France is facing due to its history and organisation, which need to be considered for the creation of its own pathway to a successful energy transition.

A three-hour Wind Lunch Debate was held on the second day. CEO of Swire Blue Ocean, Mikkel Gleerup was selected as one of the speakers, among representatives from other major Danish companies in the renewable energy sector, including major Danish offshore wind manufacturers and energy company, as well as French and Danish ministers, and members of institutions and organisations involved in sustainability and renewable energy. The debate focused on wind energy as a key source of energy for the future, as well as its advantages and challenges. French stakeholders also presented updates on the French market and the country’s ambitions for an energy transition.

The need to increase offshore wind to reach common sustainability goals was highlighted, and all stakeholders agreed that important efforts are being made to optimise processes and procedures in order to achieve market cost expectations. Mikkel Gleerup reminded the audience that the industry cannot forget to consider the capacity of the supply chain, which must also be able to meet these ambitions, and urged for more transparency from every party regarding the constantly increasing project and turbine sizes.

After the debate, the delegation was invited for a meeting with Total, and then, the event concluded with the Grand Dinner held at Hôtel de Ville (Paris City hall), where guests were able to mingle and network in a memorable setting. 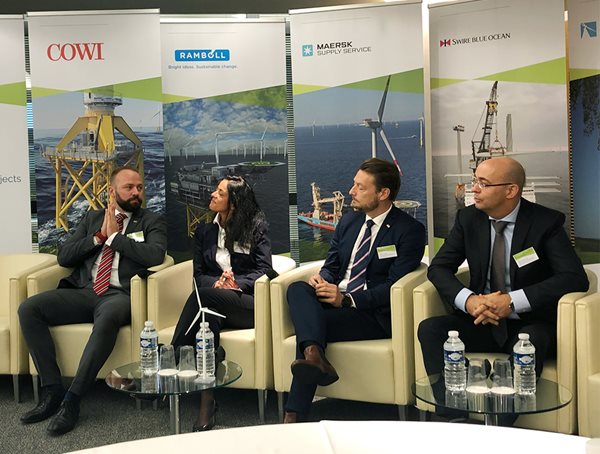 CEO of Swire Blue Ocean, Mikkel Gleerup (left) sharing insights as one of the speakers at the Wind Lunch Debate.